A Boarding School Education for Children

Plans for Jinseki International School, scheduled to open in April 2020, are now well advanced. This international boarding school for elementary school children will be first of its type in Asia. It will be situated in Jinsekikogen-cho, a beautiful location in the Hiroshima Prefecture.

Drawing on over 30 years in international education and 17 years as Head of Le Rosey, Switzerland’s leading boarding school, Mr. Gray will talk about the concept of international boarding as well as specific features of the Jinseki school.

At the same time, we will also introduce Jinseki Summer School 2019. This year, will be the third summer school, and it will be held at the site where Jinseki International School is scheduled to open. In addition to briefly describing previous camps, we will introduce the details of this summer’s program. Parents interested in boarding and particularly those considering enrolling their children at Jinseki International School are encouraged to attend this seminar.

The presentation will be in English, but simultaneous interpretation in Japanese will be available. 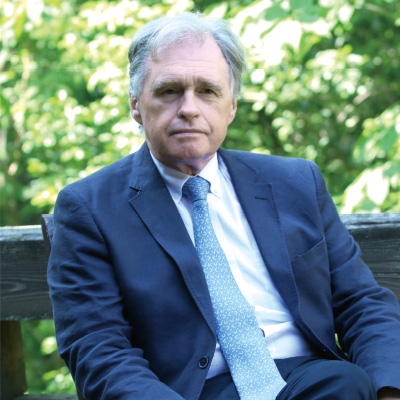 (M.A Cantab., MIL, Dip TEFLA, etc.) has been Headmaster and Deputy Director-general of Le Rosey since 2002.

Rob Gray graduated from Cambridge University (UK) where he read English at Trinity College. He has worked as a teacher and Head in schools and universities in Spain, the UK, France, and Brussels before taking up his present post.

Le Rosey is arguably the most prestigious and academically successful boarding school in Switzerland. Le Rosey is also –with its 10% nationality quota system, English-French bilingualism, and 25 taught languages– almost certainly the most international boarding school in the world. About 100 of its 440 pupils are from Asia, and Le Rosey has a long tradition of welcoming Japanese students.

As the Head of Le Rosey for the last 17 years, he is a passionate believer in international education, the benefits of a boarding and of the importance of balance between rigorous but forward-looking academics, the creative arts, sport and personal development.

Having welcomed former Oxford Dragon School headmaster John Baugh and others to serve as advisers, Next Educational Environment Development (NEED) aims at opening Japan’s first elementary boarding school, “Jinseki International School,” seeking to incorporate the ideas and educational methods of European boarding schools, which have histories dating back more than a century, into the Japanese education system.

Reception has been closed.